by Claudia Brücken and Guests 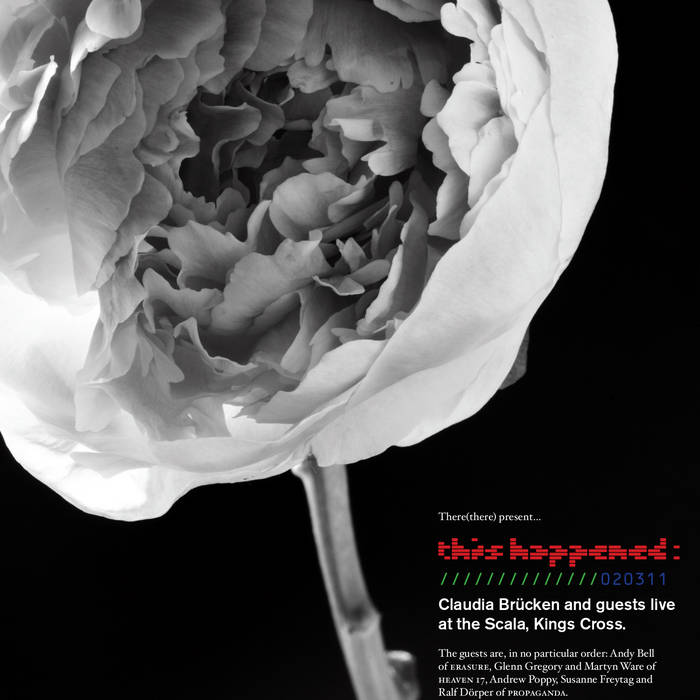 As a celebration of 27 years of recording and performing as Propaganda, Act, Onetwo and as herself, Claudia Brücken took to the stage at the Scala, Kings Cross, London. Using the nucleus of her band Onetwo, Claudia performed an exciting 98 minute live set playing selections from her career with a host of guests / former collaborators.

Andy Bell (Erasure) performed two songs, their collaboration ‘Delicious’ from Andy’s 2005 solo album, followed by Act’s duet ‘Absolutely Immune’. Heaven 17’s Glenn Gregory and Martin Ware performed three songs, Act’s ‘Snobbery and Decay’, a total ‘one off’ performance of Heaven 17’s ‘Temptation’ in early demo style, and a never performed live duet, ‘When your Heart Runs Out of Time’ originally recorded by Glenn, Claudia and Midge Ure for the Nicolas Roeg film ‘Insignificance’. Halfway through the show, the musicians cleared the stage leaving Claudia and former ZTT label mate Andrew Poppy alone to perform two intimate songs, one from their 2005 album ‘Another Language’, a show-stealing’ rendition of Kate Bush's 'Running up that Hill', and also Roy Orbison’s 'In Dreams' from Claudia's 'Combined' album, as just piano and voice.

The sold out crowd were treated to a rare Propaganda reunion of Claudia, Susanne Freytag and Ralf Dörper who performed 4 songs from their ‘Secret Wish’ album which included their iconic hit ‘Duel’ and a super rare live performance of Propaganda’s beautiful and much loved ‘Dream within a Dream’!

The entire 98 minute show containing 19 songs was professionally filmed and recorded and is now available as a DVD video together with a 15 track audio live CD album.

NOTE: This is a PAL formatted DVD set to Region 0, so please make sure that you have compatible equipment BEFORE making you purchase.

The guests are, in no particular order: Andy Bell of Erasure, Glenn Gregory and Martyn Ware of Heaven 17, Andrew Poppy, Susanne Freytag and Ralf Dörper of Propaganda.