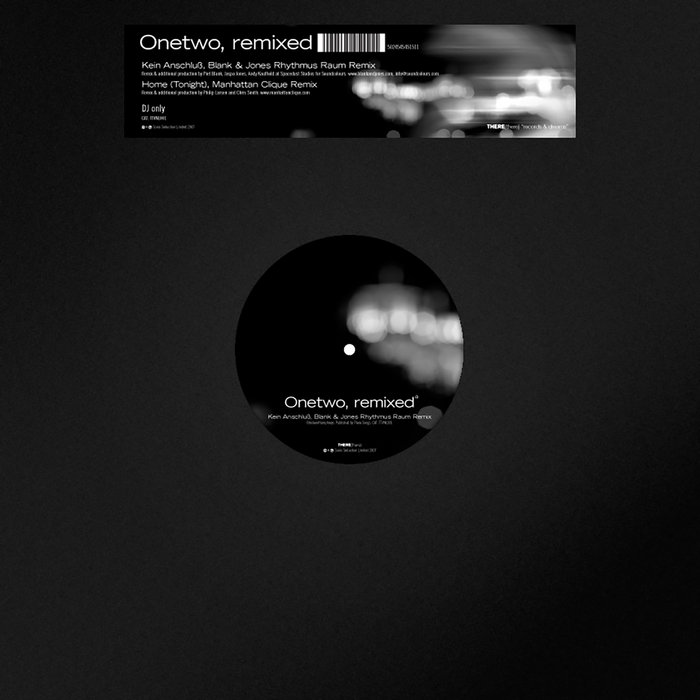 Karl Tearney Have always adored Claudia's vocals and OMD's back catalogue is phenomenal so mixing the two...wow


1. In brief, for those with little time to spare, it's as simple as this, to some extent:


2. At length, for those of you with time to spare, it’s as simple as this, in one way or another:

Of course, it is entirely fitting that music by Onetwo be remixed. Both members – PHone and CBtwo, remember, also known as CBone and PHtwo, and yet again as CBPH and also two one – were members of groups that in the well known 80s – the decade tucked between the 70s and the 90s, remember – were ahead of the game when it came to their big time, big feeling, big melodic, big cryptic pop music being remixed onto 12” vinyl. 7” sized songs were wrapped around the mixing desks of sympathetic minds and transformed into pieces that both resembled and did not resemble the 7” songs, and laid out over the vast, wide grooved expanse of a 12”, where the drums became the lead instruments, and abstracted voices were just part of the general noise of things. Time got messed with, rhythms were rewired, sound was shuffled, one song could become many. And here we are in the 21st century – the one that follows the 20th, remember – and Onetwo release a little pack, a small treat, a dainty dish of songs taken from their ‘Instead’ album and gently and/or roughly and/or imaginatively turned into other songs that come close to being the original song yet with a delicious taint of not being the original song at all.

‘Onetwo, Remixed’ features Blank and Jones, who can be described as expert sonic mechanics from Germany, from another time and place tantalisingly resembling this one, have pulled ‘Kein Anschluß’, from the ‘Instead’ long player, toward their time and place, as if they are the only unit/project/item/technicians alive who can pull Onetwo’s ‘Kein Anschluß’ toward their time and place. They do this madly and beautifully in the remix tradition which now stretches back, oh, thirty years, with an understanding that this is a tradition that will last for at least, oh, another thirty years.

The other song turned from 7” to 12”, from CD to vinyl, from album to elsewhere is ‘Home (Tonight)’, and it’s, quite simply, the Manhattan Clique remix. Manhattan Clique work with Onetwo on their live shows, and their remixing experience with the likes of Moby, Goldfrapp, Andy Bell and Fischerspooner made them perfect candidates to turn ‘Instead’s ‘Home’ into some other kind of ‘Home’, a ‘Home’ situated close and yet round the corner and over the bridge from the original ‘Home’.

There you have it. ‘Onetwo, Remixed’ 12” vinyl splendour tapping into the rhythm of the city and the beat of the mind, just like the old days, but just right for the new days.

Another great Onetwo item – their first on vinyl. You might as well keep collecting…

Claudia Brücken and Paul Humphreys are Onetwo. Vinyl-only remixes by Blank & Jones and The Manhattan Clique